Sayida Ohanyan: «We need to use all the possible resources to help bring Hamshen-Armenians back to their roots»

European Parliament Resolution on a political solution to the Armenian question, June 18, 1987

Julia Gyuloyan: «Assigning and destruction of cultural and spiritual heritage of the Armenian people in the context of Turkey’s neo-Ottomanism policy» 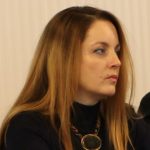 One of the obvious manifestations of the policy of neo-Ottomanism of the Turkish Republic at the present stage is a continuation of the policy of appropriation and destruction of the cultural, historical and spiritual heritage of the Armenian people. These are policies that have been in place at various times throughout the history of the Turkish state – whether initiated by the Sultan, Young Turks or Kemalists.

A particularly vicious example occurred during the Armenian Genocide in 1894-1923 perpetrated by the Turkish government in Western Armenia, Cilicia, and other parts of the Ottoman Empire. Since a timely condemnation of this horrific crime against humanity from the international community has not yet occurred, and compensation for damages has not been fully realized, the genocide continues to this day taking various forms, including that of a cultural genocide.

In this context, it is necessary to pay attention to the future heritage of the Armenian civilization, which is often referred to as “the cradle of civilization,” given that it denotes the foundation of spirituality, humanism and culture of the world.

Consequently, a significant portion of this ancient cultural and spiritual heritage belongs to the Armenian people. Today, this heritage is in the unfortunate hands of the Turkish state, and since it solely responsible for the horrific crime of the Genocide, it therefore intentionally shows the world this ferocious attitude toward the culture of another people – the creator of these values.

In the tradition of the Young Turks, the Turkish state continues to exemplify the politics of cultural appropriation with the thorough, consistent and methodical destruction of the cultural and spiritual heritage of the Armenians.

After the physical extermination of a great part of the indigenous Armenian population during the Genocide in the late nineteenth and early twentieth centuries, there was an even more intense process to eradicate all that was considered to be of Armenian origin.

Starting in 1928, the process of renaming historical and national landmarks in the territory of Western Armenia began to take root. Over 90% of Armenian geographical references in Western Armenia were replaced with Turkish equivalents. Hundreds of architectural monuments of the Armenian people were modified, some converted into mosques, resulting in the vast destruction of all that is of Armenian origin, culture and history.

Monuments, churches, and architectural masterpieces continue to be utilized by the Turkish army as targets during military exercises, which is unheard of in modern history, not to mention completely barbaric. The only recent example of such behavior can be seen in the rise of the Islamic State, specifically the destruction of the historic sites in Palmyra.

The few churches that remain intact serve as stables, warehouses, and prisons. Falsified official documents encourage pseudoscientific publications in which Armenian history and culture is distorted or forgotten altogether. This results in a form a legal framework of the so-called “lawful vandalism” which in turn legalizes the demolition of monuments, their use as construction material, and the illegal excavation of buried Armenian riches. Gold miners under the auspices of the Government of Turkey destroy all without exception.

Such sites do not “belong” to Turkey in the classical sense, for they are the heritage of humanity and should be considered as such. Their loss is irreparable, and should not be continued to be ignored by regional actors. The destruction and appropriation of Armenian cultural monuments can thus be more accurately described as a modern continuation of the Armenian Genocide.

Here are just a few examples:

Mount Nemrut – a pantheon to the gods of ancient Armenia, Greece, and Persia.  Erected in 62 BC in honor of king Antiochus I Theos, the Turks have presently appropriated this heritage, presenting it as their own.

Göbekli Tepe – A temple/shrine complex within an ancient settlement located in the Armenian highlands. It consists of some of the oldest and largest monumental structures in the world. Dated at around 9500 BC, it is considered to be one of the most important discoveries of our time.

City of Ani – a medieval Armenian city that was once the ancient capital of the Armenian kingdom of Ani. Due to the number of historically-significant religious constructions within the city, it is colloquially known as the City of 1001 Churches. Yet today, it is an abandoned ghost city that has fallen victim to vandalism, neglect, and target practice at the hands of the Turkish military.

Turkey even encroached on the biblical values ​​to include one of the main symbols of Armenia, Mount Ararat, renaming it “Agra.”

According to official data, in the beginning of 1914 the total number of churches and monasteries on the territory of Western Armenia and the Ottoman Empire was 2549 (including unique early Christian monuments), most of which were looted, burned and destroyed during the Genocide. According to UNESCO, after 1923 of the remaining 913 Armenian historical and architectural monuments 464 were completely destroyed, 252 are in ruins, and 197 are in need of major rehabilitation.

The modern politics of neo-Ottomanism is reflected in the reluctance of the Turkish state to return to the Holy See of Cicilia the residence of the Armenian Catholicosate, located in Sis, or modern Adana. After the Genocide, with the local Armenian population of Sis was wiped out, the Holy See was forced to relocate to Lebanon.

This policy has led to a precarious situation in which the Western Armenian language is under threat of extinction due to the deportation of the Armenians of Western Armenia, since Turkey has yet to allow the return to their historical homeland.

A good example of the Ottoman policy of assimilation in modern Turkey is related to the Hamshin Armenians, most of whom were forcibly converted to Islam. Many have lost their roots and national identity, do not recognize themselves as descendants of the Armenians, and continue to call themselves Hemshin. Reading prayers at the Western Armenian language (such as the Lord’s Prayer), some are convinced that this Hemshinli prayer is uniquely Turkish. Architectural masterpieces such as the exceptional Hemshin medieval arched bridges have been shamelessly attributed as Turkish achievements. All opportunities must be pursued in order to help the Hemshin peoples return to their Armenian roots.

The Turks are known for their uniquely-Armenian rugs and carpets, going so far as to import them from Armenia or blatantly copying them, despite the Armenian symbols, ornaments, etc. They claim that above all else these works of art are the property of the Turkish people.

“Zartir lao,” a popular Armenian folk song that is a wake-up call for the struggle against the Turks, and perhaps the only lullaby in the world in which a mother calls on her son to defend the motherland, has similarly been appropriated by a Turkish football club. The song was once assigned as the anthem of the club, with the original Armenian being replaced with the Turkish equivalent.

Ancient Armenian national cuisine has also been expropriated by its neighbor, and is easy to spot once the preparation and ingredients of a dish becomes evident. An example is wheat, as it is known that wheat comes from the Armenian Highlands. Even now, 3-4 types of wheat have been considered native Armenian. Since ancient times, it was the Armenians that have engaged in pre-treatment of wheat. All different types of wheat are treated differently, and used in Armenian cuisine. All those dishes that the Turks and other neighbors appropriate with the help of UNESCO – are as Armenian as the invention of the Armenian oven, such as that of the “tonir.” The same applies to the uniquely Armenian bread baked in the “tonir,” such as “lavash,” and “matnakash.” The tonir is considered dual-use as it also has the ability to heat a home.

The above instances illustrate specifically how Turkey has given itself the opportunity to wash away ancient Armenian history, and proclaim the Turks as the original population of the Armenian highlands.

No matter how Turkey tries to falsify its own history, whether through various international organizations or lobbying groups, they will not succeed. History will forever remember the Turks as nomads, seizing the lands of others in an effort to assign others property and cultural values as their own.

It is high time for UNESCO and other international organizations to adhere to the principles of historical justice, law, and ethics.  When it comes to the matter of the Republic of Turkey, itself a member of UNESCO, double standards appear to be the norm when dealing with Turkish revisionism. It is hoped for that honesty and faith will prevail among the international community to stop the ongoing vandalism of Armenian cultural history within the borders of modern-day Turkey. Only with hard work will Turkey recognize its own relevant history on the world stage, and not a history invented by Turkish nationalists in an attempt to bring about unity after the calamity of the Armenian Genocide. For it is not only the history of the Armenian people that’s at stake, but also the cultural and spiritual history of the entire world.

Julia Gyuloyan – Head of the commission on culture of the National Assembly (Parliament) of Western Armenia,

Head of the cultural affairs committee, member of presidium of the International Women’s Association of Hamshen Armenians «Hamshenian»