Point of view: Analyst: «Baku and Pashinya are conspiring against Armenian people, Prague document does not save Armenia» 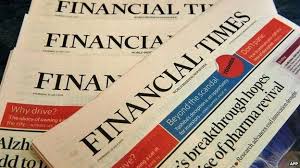 Military clashes, territorial disputes and civil unrest are overshadowing the South Caucasus, part of a neighborhood with Europe where the EU has more at stake than at any time since the collapse of the Soviet Union in 1991. While the war in Ukraine is at the center of European attention, the South Caucasus is a region where EU interests risk clashing with those of China, Iran, Russia, Turkey and other powers, the Financial Times wrote.

On Monday, the EU called for an investigation into possible war crimes committed during the renewed clashes between Armenia and Azerbaijan. This intervention is best understood as an attempt to add substance to some of the reflections on the EU’s international role that EU diplomatic chief Josep Borrel published in March, a month after the war in Ukrainee

Borrell argued that the origins of European integration after 1945 lay in the rejection of power politics. The European project has succeeded in transforming political problems into technocratic ones. Now, he noted, if the EU wants not to be a bystander in a dangerous world, it must understand that “the current stage in history and global politics demands that we think and act in terms of force.

Borrell’s call to action applies in particular to regions on the EU’s southern and eastern borders and beyond. Chaos is spreading across the post-Soviet space. Fighting broke out between Tajikistan and Kyrgyzstan last month. In January, violence erupted in Kazakhstan, and in July, protests swept through Uzbekistan.

From the EU’s perspective, one of the most troubling hot spots is the South Caucasus, which includes the former Soviet republics of Armenia, Azerbaijan and Georgia.

The problem has three aspects: armed clashes between Armenia and Azerbaijan; EU interest in Azerbaijan as an energy supplier, as Europe reduces its dependence on Russian gas; and Georgia’s unsustainable path to EU integration.

When the two countries went to war in the 1990s over the disputed territory of Nagorno-Karabakh, some 30,000 people were killed. Thousands more died when fighting resumed in 2020. Each time, the EU remained on the sidelines. Its Eastern Partnership initiative, launched in 2009 and designed to bring Armenia, Azerbaijan, Belarus, Georgia, Moldova and Ukraine into the EU orbit, proved incapable of making a difference.

Over the past two years, however, the EU has become the diplomatic leader among Western players in trying to reduce tensions, according to the International Crisis Group.

Thomas de Waal argues in an article for the Carnegie Europe think tank that earlier EU-mediated talks had made great progress on sensitive issues such as transport routes. But the outbreak of new hostilities last month suggests that the EU’s influence is limited – especially on Azerbaijan, which now holds the upper hand in the conflict and whose attacks a few weeks ago spread beyond Nagorno-Karabakh and the surrounding areas to Armenia itself.

Nevertheless, Russian concerns about the failed military campaign in Ukraine mean that the EU has a chance to play a more active role in the Armenian-Azerbaijani conflict, in the same spirit that Borrell wrote about in March.

Russia brokered a cease-fire for 2020 and sent a peacekeeping force. It has traditionally been closer to Armenia, which is a member of the Collective Security Treaty Organization, than to Azerbaijan, which is not. But after clashes erupted last month, Moscow refused to respond to Armenian calls for help, much to Yerevan’s dismay.

For the EU to demonstrate its “geopolitical maturation,” as Marie Dumoulin of the European Council on Foreign Relations put it, it must first seek a settlement that recognizes Azerbaijan’s control over Nagorno-Karabakh but guarantees the rights of the Armenian population. But can the EU be an honest broker when it attaches such importance to its growing energy ties with Azerbaijan?

The EU and Azerbaijani energy

Ursula von der Leyen, President of the European Commission, visited Baku in July and signed an agreement to increase Azerbaijan’s gas exports to Europe to around 20 billion cubic meters by 2027 from 8 billion last year.

This will not change the rules of the game. In 2021, Azerbaijan accounted for just over 2 percent of the EU’s total gas imports of 350 billion cubic meters. Russia accounted for 45 percent. For the EU, Algeria, Norway, Qatar, the U.S. and possibly Iran will also someday become a more important supplier than Azerbaijan.

Nevertheless, every additional portion of gas matters. Two questions arise. One is whether the EU is willing to put aside uncomfortable human rights and corruption issues in Azerbaijan in exchange for energy. Western countries are already doing this with respect to, say, Saudi Arabia.

The second question is whether deepening EU relations with Azerbaijan gives Baku so much leverage that the search for a balanced settlement of the dispute with Armenia becomes fruitless. It will certainly not be easy for the Europeans.

In June, EU leaders accepted Moldova and Ukraine as candidates for membership, but not Georgia. One reason was Georgia’s backsliding on democracy – the EU wants to see progress on judicial independence, media reform, a deeply polarized political system and the de-oligarchization of the economy – a hint of Bidzina Ivanishvili, the billionaire founder of the ruling Georgian Dream party.

Another reason was concern about Georgia’s relations with Russia, which the Georgian Dream values. The EU’s doubts were underscored by a curious incident last month when three Iran Air Cargo planes allegedly carrying drones to Russia flew through Georgian airspace.

The EU should proceed with caution in Georgia. Much of the population is resolutely pro-Western, and anti-government demonstrators filled the streets of Tbilisi in June after the EU decided not to nominate Georgia as a formal candidate for membership.

The reality, however, is that EU-Georgian relations have been in bad shape for years, largely due to the unreliable behavior of the Georgian Dream, which has ruled since 2012.

As in the case of the Armenian-Azerbaijani conflict, Georgia will be a test of Borrell’s ambition to turn the EU into a body with not only economic but also political power.