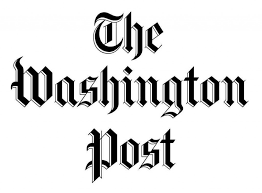 White House press secretary Kayleigh McEnany on July 6 referred to the Armenian genocide, an event the U.S government has previously declined to acknowledge, as reports The Washington Post.

President Trump’s close ally, Turkish President Recep Tayyip Erdogan, may not be happy about this one.

After decades of the United States government declining to acknowledge the Armenian genocide because it would alienate Turkey, the White House on Monday invoked the term — albeit indirectly.

In the course of decrying protesters desecrating memorials across the country, White House press secretary Kayleigh McEnany referred to a memorial to the genocide by its proper name.

“There seems to be a lack of understanding and historical knowledge when the Armenian Genocide Memorial, remembering victims of all crimes against humanity, including slavery, is vandalized,” McEnany said.

McEnany appeared to be referring to the Armenian Genocide Memorial outside the Colorado state Capitol in Denver, which was vandalized several weeks ago.

The inclusion by McEnany was meant to reinforce the haphazard nature of the protesters’ alleged disregard for history. But it also trod into uneasy waters for an administration that, like its predecessors, has conspicuously avoided using the g-word.

The United States has long declined to acknowledge the Armenian genocide, owing in large part to its strategic alliance with Turkey in the Middle East. The Ottoman Empire is accused of slaughtering more than 1 million Armenians during World War I.

As a candidate, Barack Obama pledged to recognize the genocide for what it was, but his administration never made good on that promise over his eight years.

Likewise, Trump’s administration has shunned a more forceful congressional attempt to press the issue. After both chambers of Congress last year passed bills — each overwhelmingly — to symbolically recognize the genocide, Trump declined to sign it, and his State Department argued that the measure wasn’t U.S. policy.

Sen. Lindsey O. Graham (R-S.C.) later said that he momentarily blocked a vote on the measure in the Senate at the express request of the White House, given that Erdogan happened to be visiting at the time.

“The only reason I did it is because he [Erdogan] was still in town,” Graham said, adding: “That would’ve been poor timing. I’m trying to salvage the relationship, if possible.”

The recognition of the genocide is indeed politically dicey. The White House will surely argue that McEnany was simply referring to a memorial by its actual name, but even using that name has been a no-go for many years inside the White House. Some Obama aides have expressed regret for not making a more principled stand on the issue. “I’m sorry,” Obama’s former United Nations ambassador, Samantha Power, said in 2018. “I’m sorry that we disappointed so many Armenian Americans.”

What’s more, groups that have been pushing for the recognition hailed McEnany’s comments Monday.

“We appreciate that the [Trump] administration has taken note that the Armenian Genocide memorial in Denver was vandalized and of the need for a better understanding of historical knowledge,” Armenian Assembly Executive Director Bryan Ardouny said in a statement to The Fix on Monday. “This monument, dedicated on the 100th anniversary of the 1915 Armenian Genocide, ‘commemorates the victims of all crimes against humanity.’ ”

The Trump administration has addressed “atrocities” against Armenians, saying on Armenian Remembrance Day this year, “Today, we join the global community in memorializing the lives lost during the Meds Yeghern” — an Armenian phrase meaning “great calamity” that recent U.S. administrations have adopted — “one of the worst mass atrocities of the 20th century.” That statement, including the use off the Armenian phrase, echoed how the Obama administration handled it.

The use of the actual word by McEnany is particularly striking from the Trump administration, though, given that Trump has carved out an especially close relationship with Erdogan. Among other things, Trump withdrew troops from northern Syria, which detractors, including many Republicans, argued allowed Erdogan to slaughter the U.S.-allied Kurds in the region. Former White House national security adviser John Bolton also said in his recent book that Trump told Erdogan he would intervene in a Justice Department case involving a Turkish firm — apparently Halkbank.

Given Trump’s posture, it would seem odd that McEnany would refer in any terms to the Armenian genocide, even if just using the proper name for something.